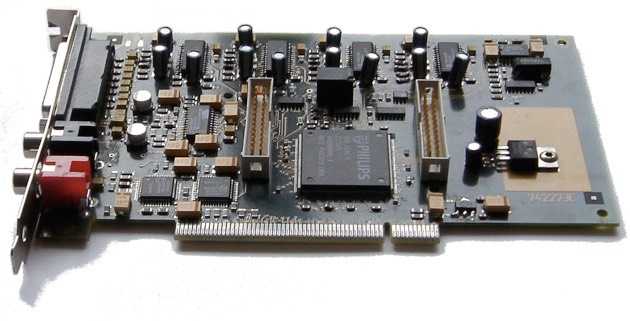 Introduced at NAMM in January 1997, Audiowerk 8 was among the first (the second to be precise) PCI-based multi-channel sound cards. Audiowerk 8 in conjunction with Logic Audio formed a tightly integrated system: an affordable one-stop solution for the ambitious musician.

PCI bridges where rare at the time the project was started, competitors used the AMCC bridge plus FPGAs to implement audio functionality. Instead, Audiowerk was centered around Philips‘ SAA7146, a YUV-to-PCI bridge with just enough audio functionality to build the product. This was the enabling factor for Audiowerk‘s competitive advantage: A leap in quality and a drop in price. The concept was indeed good enough to be closely copied by a well-known Korean competitor…

Between 1997 and 2001, about 45.000 units of Audiowerk have been sold, a huge success for Emagic. Customers included all kinds of musicians, but also industrial and governmental customers with very interesting applications: voice announcement systems for airports and train stations, temperature measurements in blast furnaces, measurement of vibrations and resonances in automobiles, monitoring of phone lines.

As a low-cost variant and ingredient to software bundles, Audiowerk 2 was designed. Main differences: 2 analog outputs. Sample rate not tunable.